Two years ago Phil Haack created a tool called SeeGit. The tool visualizes the history of a GIT repository.
I decided to create a similar tool which uses yUML diagrams to render the history graph.
My tool has the ability to merge linear commits into a single node, which makes it easier to get a quick overview of a large history.

Rendering the graphs with yUML.me is pretty easy.

The following picture shows the full graph of a GIT repository: 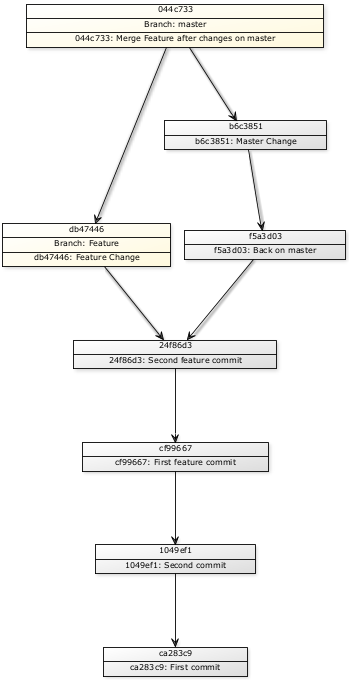 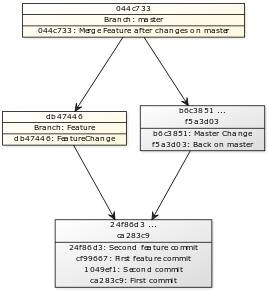 The latest source code can be found on GitHub.